As a 1980s kid (back in the heyday of scratch n sniff), one of my most prized collections was my sticker collection. I traded stickers with friends, hoarded them, and sorted them into every way possible — by color, preferential order, chronological order. The one thing I didn’t do, was stick them to things — their intended purpose.  I carefully put the stickers back in their box, where they belonged, when I was done with them.

As an adult, I still collect things. I hang onto things that inspire me, I find beautiful, or I just like. Sometimes stickers fall into one of those categories. However, I still DON’T stick them to things.

I’ve never understood why anyone would put bumper stickers or even a “my kid is an honor student” sticker anywhere on a car. It may look fine today, but what about a year from now? Will your kid still be an honor student? Will the design still look bright or will it become faded, weathered, and sun cracked? 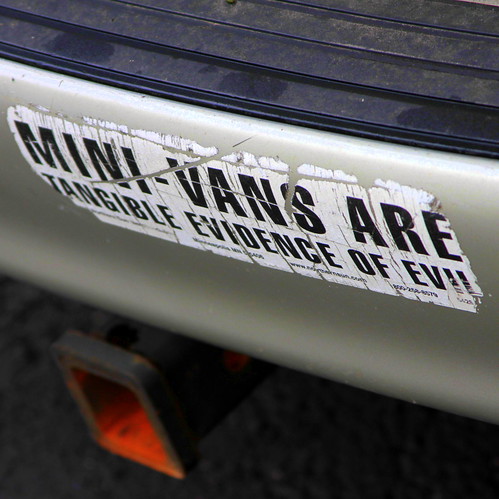 It’s possible that my complex of putting stickers on things is the same reason I don’t have any tattoos. I have nothing against tattoos, I think they’re beautiful and I appreciate the art and talent that goes into creating them. My underlying problem with stickers — and tattoos for that matter — is a fear of commitment. Will I change my mind? How will it look as time passes? It will never look as good as it does today.

Unfortunately, most people don’t share my viewpoint. In the past few years, college students have found another inappropriate platform for making “individual” statements by covering their laptops (usually a MacBook,) with stickers. Instead of stick figures and (not so) clever one-liners, logos seem to be this younger generation’s weapon of choice. 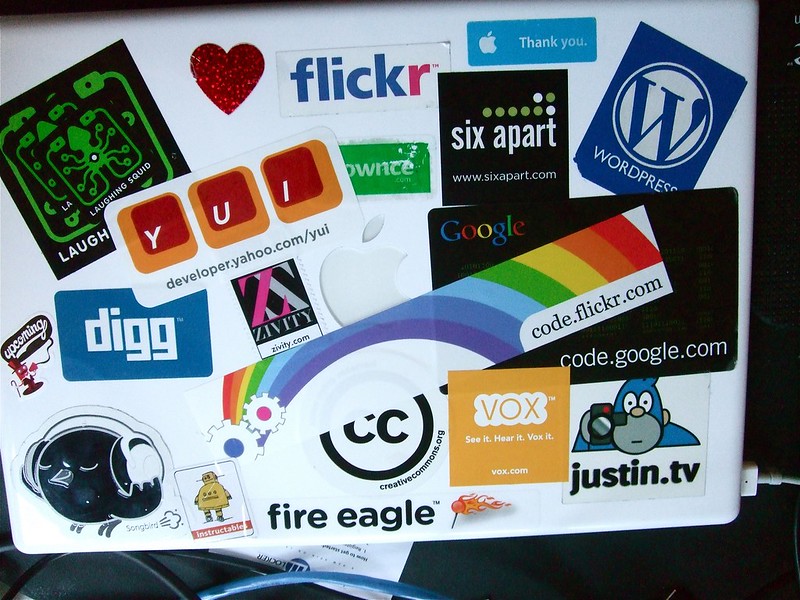 Apple has one of the world’s leading and most recognizable brands. Their visual identity is superior in detail and design, from Apple’s packaging, product materials, font, and colors everything is minimal, clean and sleek.

Whether it’s a MacBook, a Chrysler Town and Country Minivan, or a logo; a lot of money and time went into the product’s design. So why do some people feel the need to “decorate” an already complete design? Even a well-designed logo becomes a victim among a messy collage of mismatched fonts, colors, and sizes when left up to individuals who want to become a billboard.

This sticker has become a household name, especially in Austin. The idea behind Coexist seems like a genuine campaign to increase ideological tolerance, but ironically the Coexist design (as we know it) came from a group of designers who stole the logo.

“Although Coexist officially owns the registered trademark rights to the image, they did not create it, nor did they get the permission of the artist who did.” (source)

In 2000, the original Coexist design was created by Polish designer, Piotr Mlodozeniec for a contest hosted by The Museum of the Seam in Jerusalem. Five years later, a group of Indiana University students stole his design, “improved” it, and monetized it.

One thought on “A Different Kind of Sticker Shock”

View all posts by Kim